Naturally, you want to look good for the day, but you’re not sure how to make sure that happens day in and day out. Of course, you shave, but what if your shave could be even better?

Your face deserves a higher amount of intentional attention, and you can make that happen with a proper straight razor. The question remains, how do you compare Japanese vs. western straight razors?

Understanding the Categories of Japanese and Western Design

To put things simply, there are generally two primary categories of straight razors. They are the Japanese design also known as the Kamisori design, and the Western design.

If you have ever watched old TV where people have gotten shaves, you’ll probably recognize the Western-designed straight razor.

The Shape of the Handle

Western straight razors tend to have a more extended handle, which means that you have greater control over how effectively your razor can actually shave your face.

The Kamisori is entirely different in its handle. Usually, a Kamisori handle is wrapped and is also made of steel. These handles are also smaller than their Western counterparts.

The Size of the Blade

Western straight razors come in many different sizes which can make it difficult to find a straight razor that is capable of getting into the smaller areas of your face.

The Kamisori blade is smaller, front weighted, and designed to be able to get smaller facial areas and handle more detailed work.

With a Western straight razor, you don’t have the option of choosing right or left straight razors. Instead, you adjust based on the angle of the handle regardless of whether you are a rightie or a leftie.

Kasimori blades are designed to be either right-hand or left-hand friendly, which makes a Japanese straight razor far more personalized for each user.

There are a few things you need to think about in deciding which kind of blade you want. It’s not as difficult as you might think because there are a few specific questions you need to answer if you intend on getting better acquainted with either of these options. 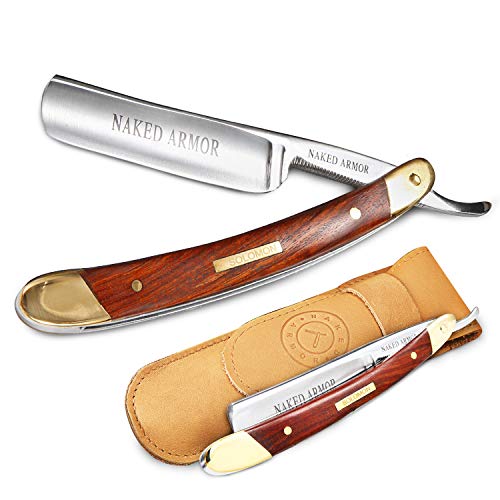 Straight razors give some of the best shaves around, but they take practice. The Kamisori blade takes more time than the Western-designed blade to master, but the time is worth it.

A Western straight razor is typically only ground on a single side while the Japanese straight razor is ground on both sides. The difference in grounding gives Kamisori blades an edge to be better at providing a close and detailed shave when compared to the Western design.

Learning the technique for a Japanese straight razor can bring your shaving prowess to a whole new level!

Shaving is more than a chore for the Japanese people. It is a real sense of expression, and there is an art to how it is done. A Japanese straight razor revolves around craftsmanship as well as construction materials in determining performance.

Japanese people hold shaving in high regard because shaving with the Kamisori blade is rooted in the Japanese culture. Some companies even have claims that go back hundreds of years. To pick the best blade, you want to compare experience against cost and select something reasonable based on what you find.

Once you make a decision, straight razors are quite simple to use. Practice your technique, and in no time, you’ll be enjoying a close shave that feels like a professional did it for you.

Shaving - The Beginner's Masterclass: A Guide To...
Buy on Amazon

The Art of Shaving: Shaving Made Easy - What the...
Buy on Amazon

6 Benefits of Using the Braun Cooltec Shaver with Your Modern...